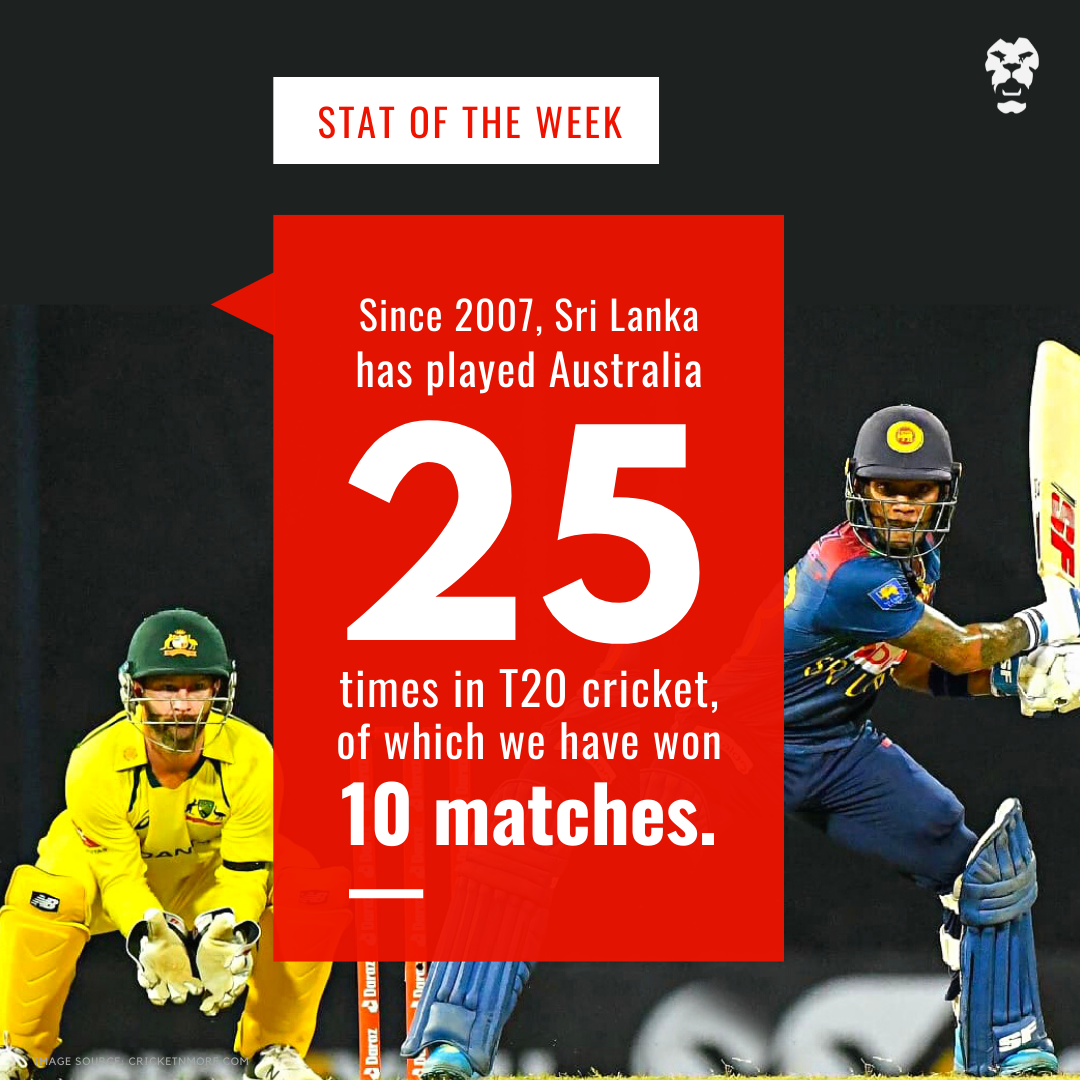 Sri Lanka will play Australia on Tuesday (25 October) in the second of their Super12 matches of the #T20WorldCup2022. Of the total 25 T20 matches played between the two teams since 2007, Sri Lanka has only won 10, with Australia winning the remaining 15.

The first time the two teams played each other in a T20 format was during the T20 World Cup 2007/08 in South Africa, when Australia bowled Sri Lanka all out at 19.3 overs with 101 runs, eventually beating them in 10.2 overs.

Most recently, Australia toured Sri Lanka for a T20 International series in June this year, played between Kandy and Colombo, of which the visitors won two of the total three matches played.

Tomorrow, the teams will face each other at the Optimus Stadium in Perth. The teams have only faced each other once before in Perth, during a T20 International in 2010. Playing at the WACA Ground, Sri Lanka beat Australia’s 133 runs in 16.3 overs.

Australia come into tomorrow’s match after a shocking loss to New Zealand on Saturday (22 October), while Sri Lanka’s last match was a convincing victory against Ireland yesterday (23 October).