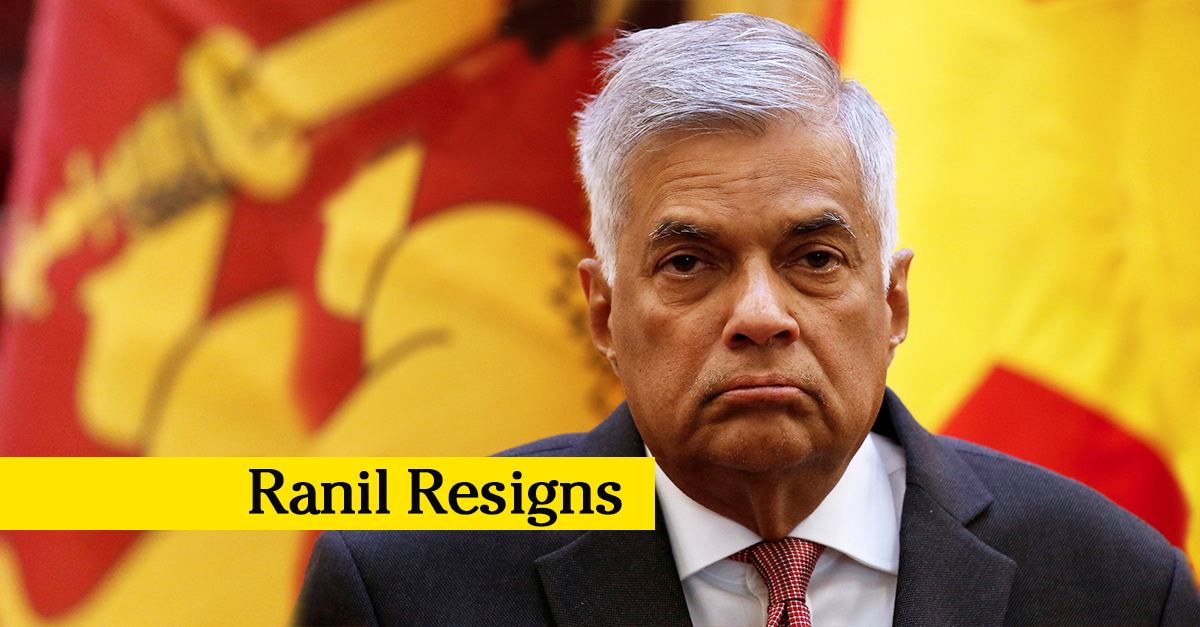 Leader of the United National Party (UNP), Ranil Wickremesinghe, has resigned after the devastating defeat of the party at the Parliamentary Election last week.

Wickremesinghe, who led the ‘Grand Old Party’ for over 26 years, resigned after facing the biggest setback in the party’s history at the 2020 Parliamentary election, where the UNP failed to secure even 3% of the overall vote and only obtained one seat through the National List.

The decision to step down as the leader of the party was announced earlier today (10) after the party’s Central Working Committee met at Sirikotha, the party headquarters.

UNP General Secretary Akila Viraj Kariyawasam said Wickremesinghe had decided to step down and that the party had nominated the names of those who could replace him as leader.

“We believe we can restructure the party and think about the future,” the former MP said.

UNP heavyweights Ravi Karunanayake, Daya Gamage, Vajira Abeywardena and Akila Viraj Kariyawasam have been nominated by the party for the position, Kariyawasam said.

He said the Central Working Committee of the party would decide on Wednesday (12) who the new UNP leader would be.

The UNP is also set to announce who will take up the one seat it received through the National List this week.

Amidst calls for Wickremesinghe to resign, the UNP issued a statement that acknowledged its defeat but drew attention to its achievements.

“The UNP has encountered the greatest setback in its history,” it read, “despite many achievements which brought long-lasting benefits to the country and the people.”

“As a party we faced many challenges internally as well as externally. The UNP is prepared to accept the responsibility for failure and shortcomings, both the results of its own actions and the actions of others.”

It added that the party will be reorganised and restructured to face challenges and would move forward with ‘determination and vigour.’

Wickremesinghe has long been blamed for the downfall of the UNP, many accusing him of being a ‘dictator’ within his own party, refusing to step down after more than 29 defeats at Presidential, Parliamentary and other elections, and neglecting to cultivate new leadership.

Things came to a head at the Presidential election last year, when the UNP’s Deputy Leader, former President Ranasinghe Premadasa’s son Sajith Premadasa fought to replace Wickremesinghe as the party’s nominee for the election.

Premadasa was allowed to, but Wickremesinghe held onto the leadership of the party. Amidst increasing discontent from many party members, a breakaway faction—the Samagi Jana Balawegaya (SJB) —was formed under the leadership of Sajith Premadasa.

Many long-time UNP members switched allegiances and the recently concluded Parliamentary Election has cemented the decline of the UNP.

Editorial note – Despite UNP General Secretary Akila Viraj Kariyawasam announcing Wickremesinghe would step down, Wickresinghe has not yet officially moved beyond recognising the need for a new leader.