The 2017 winners of the John Keels X accelerator programme were announced only two weeks ago, and they have already been put through their paces.

“It’s been a few days of super exciting, super intense learning. These guys [Growth Tribe from The Netherlands] have brought with them some pretty awesome tools… tools that enhance the customer engagement process.”

Essentially, “Growth Hacking is a small data-driven and technical group tasked with figuring out how to scale a business”. Growth Tribe and their Growth Hacking Academy came into being in 2015 in Amsterdam, The Netherlands. At first, they offered a three month programme to 21 specially selected people. The 21 were divided into seven groups—selected on the diversity of their skills—and paired with a startup with the intention of helping it scale.

The combination seemed to complement perfectly as these startups began to explode.

So now, after six successful three-month training programs in The Netherlands, they have reshaped the formula to week-long workshops and bought it overseas for the first time. Sri Lanka and the John Keells X program is their first port-of-call. 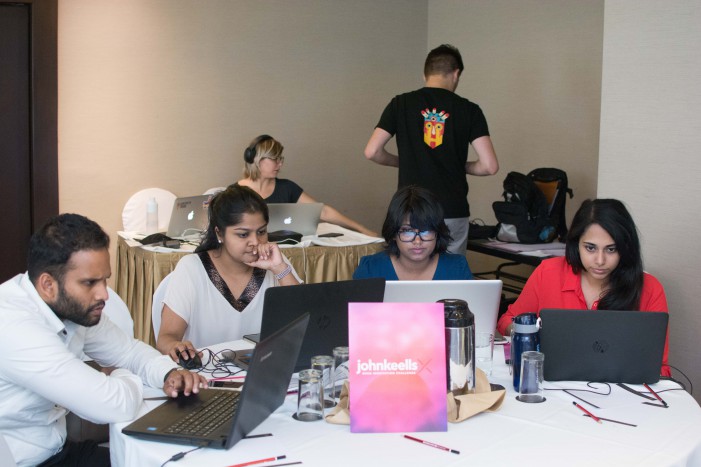 So what do these startup growth experts think of the Sri Lankan Eco System?

“It’s amazing, really. There’s just so much potential”, said Lead Speaker, Luke Montgomery from Growth Tribe. “Take Direct Pay, for instance [one of the finalists—an electronic payment app that provides an alternative to cash and POS machines]. Coming from Europe, we were amazed to hear that 90% of transactions are cash. Those guys [Direct Pay] have a lot of work to do!” 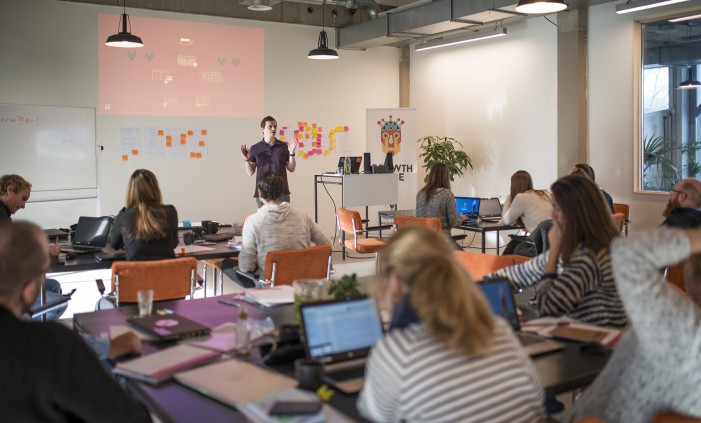 One of Growth Tribe’s key tenets is the “Get Shit Done Mentality.”

“And Sri Lanka has it abundance!” says Rietbergen.

“Talent here is equal to The Netherlands. Especially in terms of tech knowledge. Today we taught the workshop how to build a chatbot. It’s definitely one of trickiest assignments, but everyone here picked it up super quickly. There’s a great approach to learning new skills. And people here are intuitive to tech.”

Can We Disrupt Globally?

Yoho Bed is an accommodation booking platform in the spirit of global travel disrupter, Airbnb. For Montgomery this startup underlined the potential in Sri Lanka: “It is nigh impossible for a travel company to startup now in Europe. With Airbnb and booking.com there is no space now. In Sri Lanka, there’s still space to exploit—that’s inspiring!” The founders of ODOC have a bright future ahead. Courtesy Tech in Asia.

But it was ODOC who really caught their eye.

“ODOC are trialling a product that could disrupt the world… It directly serves the two parties involved in the conversation: [one] people who want easy access to healthcare, and [two] hospitals who want to delimit the amount of people coming through their doors… This could be huge for somewhere like the NHS in England.”

“We shared with the startups today really innovative products such as Unbounce [a website builder—Instapage is another] that everyone should really know about”, said Teja Kocjancic, Growth Hacker Trainee. “These sites let you build landing pages that are super cheap, really easy to use—there’s a drag and drop interface—and instantly make even a small company look professional and business ready. It’s a lot better than just a Facebook page!”

The growth learning doesn’t stop there either. Everyone who completes a Growth Hacking course gets access to an exclusive Slack community where tools are shared and innovations mulled over.

Attracting innovators of this level to Sri Lanka is a great reflection of where the startup scene is going.

Who knows what’s next…