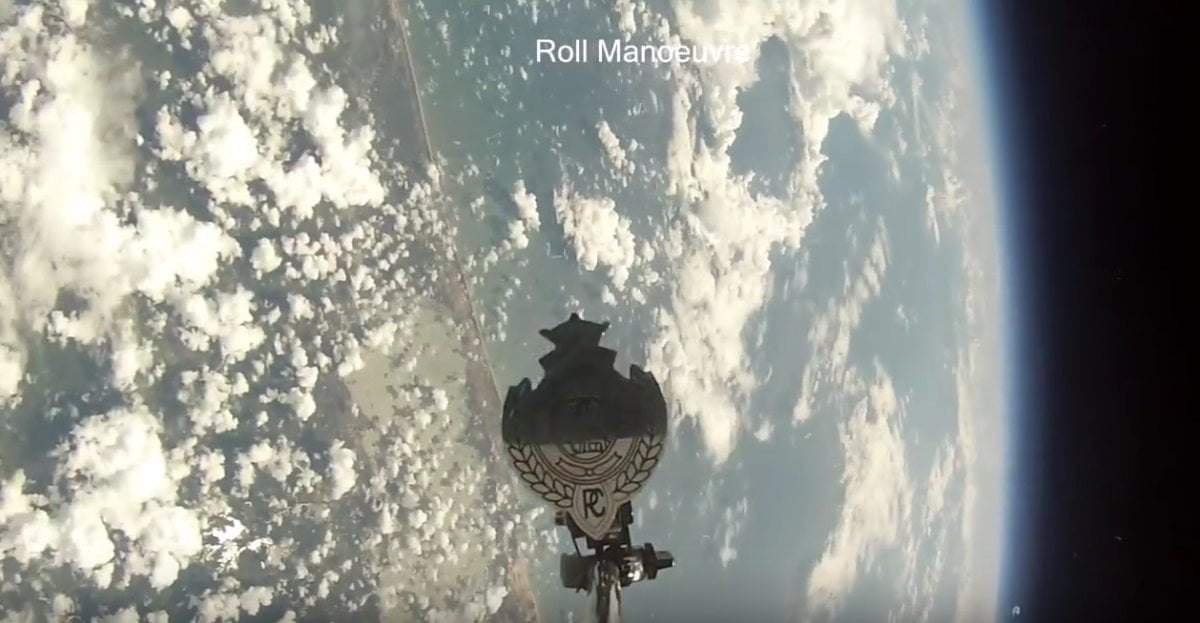 Science projects used to consist of Vinegar Volcanoes, Frankenstein Frog-legs, and maybe something to do with a tuning fork ‒ if we were lucky. Apparently, things are a bit different now. A group of students from the 2016 A/Level batch of Royal College have gotten together, built an Ultra High Altitude Balloon (UHAB), and sent it to the edge of space. They uploaded the video feed from it onto YouTube in July and it’s pretty amazing.

The team who built the balloon is made up of around 12 to 15 guys ‒ no one’s quite sure how many (which is like every high school project ever) ‒ who put about 8 to 10 months of work into building it. The project was inspired by Google Loon, and largely designed by Anupa Satharasinghe, with plenty of logistics help from the rest of the team. When asked where he got the design from, Anupa told us he came up with it from scratch, calculating the size of the balloon based on the weight of the payload they wanted to carry and the height they were looking to reach, and assembling the sensors based on what data they wanted to collect.

The balloon itself was sourced from China and was a latex/polymer hybrid, reinforced with polyester fibres, and filled with hydrogen. Lightweight, but strong enough to withstand the pressure difference till it reached the upper atmosphere. The balloon carried equipment into the stratosphere, reaching 131,800 feet (about 40 km) before the balloon burst. UHABs usually reach up to 120,000 feet. The payload, powered by photovoltaic cells, had sensors built to handle extreme temperatures (-57C) and the near vacuum of the upper atmosphere. They also included an Ozonesonde ‒ a device used to gather information on ozone in the stratosphere. The ozone in the atmosphere reacts with a solution of potassium iodide in the device to create a weak electrical current proportional to the ozone concentration in the air. The payload also had UV sensors, pressure, temperature, and humidity sensors gathering data. The equipment included a device that generates random numbers based off of weak radiation detected by a Geiger counter. Why? Just for the pure math of it.

The balloon also carried a ham (amateur) radio which broadcast the school song into space, and a camera which was very loyally centred on the school crest which even had the names of the teachers of the A/L science section on it. Major brownie points there. 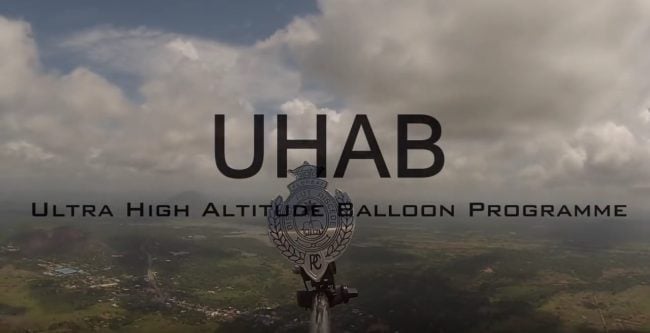 A pretty impressive project, for a group of school students

Part of the data the balloon gathered was transmitted live by a Parallax Activity Board microcontroller connected to an XBee radio module that was required to boost the signal to cover such a great distance. This enabled the team to track the balloon in real time with a special GPS chip (also sourced from China), since standard chips are not designed to work over 60,000 feet. The standard GPS chip was installed as a failsafe to help them find the balloon once it got back to earth.

Getting the balloon back down involved a system of parachutes to make sure the payload didn’t end up as a silicone smear on the ground. It was a two-part system that had a smaller “drogue chute” being deployed first, to reduce the velocity of the payload till the main parachute could be safely deployed. The main ‘chute then takes the payload all the way to the ground where the GPS device inside the payload could allow the equipment to be collected. Depending on wind conditions and how long the ‘chute is in the air, the payload can land far away from the launch point.

The entire project sounded like an extremely exciting exercise. It takes a lot of planning and research to build a UHAB. Sure, there’s plenty of online resources and DIY kits for sensors and circuit boards for amateur high-altitude ballooning, but there’s also a lot of skill needed to figure things out, design the payload, calculate how much helium the balloon needs for its weight, and to actually put together the electronics. It’s a pretty big achievement for a group of students just about to do their A/Levels.

Most of the data they collected are still in their raw form. There were some issues, which one would expect from a first time launch ‒ the Ozonesonde, for example, didn’t function as expected, either because of the temperature in that altitude or an internal malfunction. But according to Anupa, the balloon launch wasn’t the end result of a project, but rather a test case for an even bigger idea. The team wants to launch an amateur rocket into the stratosphere. The balloon was a test to see if they could satisfy the requirements necessary to get something into the upper atmosphere. It did, and kudos to the team for that. We are looking forward to seeing what else they come up with, because it looks like it will be a blast.

Editor’s note: This article previously mentioned that the balloon was filled with helium and that part of the data was transmitted live via an Arduino board setup. The team clarified that it was hydrogen, not helium, and it was a Parallax Activity Board microcontroller, not Arduino. The article has been edited accordingly.