Google’s Project Loon attracted a lot of attention in the local and international media. Headlines about Sri Lanka being the first country to receive universal internet access and balloon powered internet for everyone were all the rage – but the question is, what do we really know about it? Roar decided to break it down for you and provide a critical analysis of the project and some of the problems it might run into. Project Loon comes out of Google’s moonshots lab “Google X” that brought you Google Glass, and the self-driving car project we hear a lot about. The idea behind Project Loon is fairly simple, especially when taken at face value. While not explicitly stated, Project Loon is designed to be a “backend” or “backhaul” option, which means that it is designed to be the infrastructure on which a network can be built. It comprises of a network of large Helium filled balloons with solar panels, batteries and communications electronics. The balloon provides buoyancy and stability while the solar panels and batteries are for powering the onboard electronics. For the geeks out there, the electronics comprise of radios that can communicate using the unlicensed 2.4 and 5.8 GHz ISM bands.

Depending on which media source you go by, the balloons are known to last between 55 and 100 days at about 20 km from the surface of the Earth. The 20 km zone above the earth’s surface is known as the stratosphere. In Google’s own words:

“Winds in the stratosphere are stratified, and each layer of wind varies in speed and direction. Project Loon uses software algorithms to determine where its balloons need to go, then moves each one into a layer of wind blowing in the right direction. By moving with the wind, the balloons can be arranged to form one large communications network.”

Loosely speaking, you can think of them as analogous to floating mobile phone towers that connect to each other. Google started working on the concept as far back as 2008, as far as we know, based on this WSJ post. Google has stressed that the goal of Loon is to provide an aerial wireless network that allows people to access the Internet via a ground based antenna that can be slapped onto a building.

Initially, the plan was to provide “3G like” speeds and connectivity. Google has since changed their approach and are using LTE radios (4G) to provide connectivity. The most drastic departure however is their shift from running their own network to claiming that they would work with local telecommunications providers and ISPs so that the balloons would serve as backhaul options for existing providers. As Wael Fakharany, regional business lead for Google X notes,

“The operators control the distribution, marketing, OSS, BSS, CRM – the customer relationship is with the telcos. We are just the infrastructure provider,” he said. “There is a viable commercial business model and is based on skin-in-the-game, sharing costs and revenue with operators for completely untouched potential.”

The backhaul network would float in the stratosphere and connect to the “larger internet” via a “gateway” (a server which allows one end of the balloon network to connect to the Internet. The balloons would essentially hop a message to and from the gateway). A client or user would first connect their device to a ground based antenna and then allow data packets to hop to the nearest balloon station via the LTE protocols. These data packets will move to and fro, between balloons and pass through the gateway to the “larger internet”.

Google is also known to have said that the backhaul system of balloons can serve as a viable alternative to fiber optic backhaul systems, which tend to be a scarce or nonexistent resource in developing countries. Google claims that the expenses of maintaining such a balloon network may be lower than the capital required to set up and maintain a fiber optic backhaul. However, we are yet to see how the costs and benefits scale up in a country such as Sri Lanka.

What’s the nature of the agreement?

Contrary to what’s been presented in popular media, the people at Project Loon and the government of Sri Lanka have only signed a Memorandum of Understanding (MoU). Ample political mileage aside, this doesn’t mean it is a done deal: rather, it means that the GoSL and Project Loon will explore the possibility of working together to implement Project Loon in Sri Lanka on a mass scale. The Verge in particular noted that, “despite some reports making this arrangement between Google and Sri Lanka sound like a done deal, however, we’ve learned that there’s only essentially a MOU (memorandum of understanding) in place at this point. It’s a necessary part of having discussions about bringing Project Loon to the country, but that doesn’t mean that this is a done deal yet — it only means that Sri Lanka and Google will continue to discuss how this could possibly work and hopefully get to the testing phase.”

It is also not clear how all three parties, the GoSL, Project Loon and the local telecommunications service providers will work together. They seem to have set aside some aggressive timelines which culminate in launching a sufficient cadre of balloons to cover the entire island by March 2016. However, we remain skeptical as to whether this target can be met, given the speed at which Lankan authorities move and given that only a MoU is in place.

The project also took on a political dimension, especially since it was announced during a government transition and post-election period with the new government looking to strike new ground and gain popularity.

What should we make of it?

Project Loon presents an interesting, albeit predictable, philosophical position for the tech giant. With Project Loon, Google has opted for a top-down hardware distribution approach to solve a certain problem: namely access to the Internet. Google firmly believes that access to the Internet can improve the lives of rural communities who have insofar relied on local service providers, satellite communication (in more developed parts of the world) and in most cases have had zero access to the internet (Sri Lanka being a great example). So what’s wrong with this position? If we critically examine this approach it becomes clear that not everything is as simple as Google and the GoSL claim it to be. 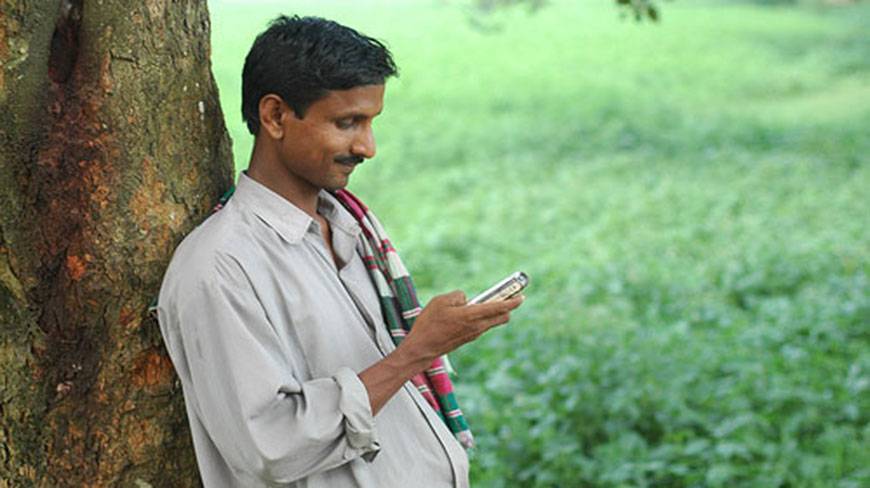 The use of technology to aid in traditional industries such as farming is slowly on a rise. Will Google Loon catapult this growth? – Image Source, Wikipedia

Let’s examine the technical challenges. Given the architecture proposed by Project Loon, there exists concerns over how protocols and technologies related to VOIP (Voice Over Internet Protocol. Skype and Viber are examples of applications that rely on these protocols) could function. It remains unclear how well applications which rely on short communications times, or pings, like VOIP, will work given that the signal must relay through multiple balloons before even reaching to the wider Internet. There have been some interesting solutions that have been proposed, most notably in journals by the IEEE and others. There have also been some challenges around the materials used to create the balloons themselves as well as the orientation algorithms. We are fairly confident that these technical challenges will be overcome over time and as far as technical promise goes, we believe that Project Loon is in a great place. Our concern however has more to do with society, politics and some of the techno-fallacies that governments are led to believe. Our problem lies with techno-naiveté. We are not questioning the good and decent intentions of all those that are involved in this project – rather, we are concerned with the position by which they approach the problem of access to the Internet.

Other Problems Project Loon Will Have To Watch Out For

The assumption is clear: provide people access to the Internet through a top-down technological solution and people will be able to transform their lives. But what if this assumption is wrong? What if the issue of access is a lot more complex than Google or the GoSL has assumed it to be? In development scenarios involving technology, the access to technology is often not the primary issue that stymies progress. There are a few more issues that need to be taken into consideration.

Barriers such as language, illiteracy, ICT training and relevant content – “Connectivity, while being a problem, is not the primary bottleneck in providing ICT services which can improve people’s lives. The real problem is two-pronged – a lack of content that’s useful to people in developing countries, and the lack of widespread, Wi-Fi compatible devices,” notes Stephane Boyera, ICT development consultant, formerly with the Web Foundation, “It is a total myth to imagine a farmer in Mali using Google to find solutions for a disease his tomatoes have. Barriers are just huge: illiteracy, language, ICT training,” adding that the existing web is not that useful to the underprivileged populations of developing countries, and no amount of new connectivity options can fix that.

Bureaucratic inefficiencies and corruption – As Kentaro Toyama notes in an interview with The Guardian, while working in India “ we found that it didn’t make a difference how good the technology was, other factors prevented positive impact.” Some of these issues, he notes, were “lack of human capacity, lack of institutional capacity — in some cases corruption — dysfunction of various types…The only conclusion I could come to is that technology is secondary — ultimately the people and the institutions matter the most.” He makes a similar observation in this article in The Times of India.

At this point, it would seem as if Project Loon and the GoSL may be faced with problems bigger than access. Solving the problem of access has to be carried out using a multifaceted approach that addresses the dearth of local content on the Internet, literacy and ICT training. Until we can come up with such an approach, there is some skepticism about the success of initiatives such as Project Loon. As the voting population, it also becomes our duty to ask the tough questions from our governments and hold them accountable for their actions. If we continue to be critical and analytical about the kind of policies and projects implemented by companies and the government, we will be able to steer clear of common mishaps and avoid false assumptions. We might even end up saving some taxpayer money.