Information and communications technologies in Sri Lanka have advanced significantly over the last year. In the Global Information Technology Report of 2016, Sri Lanka ranked 65 (out of 143), which is nine places higher than it was in 2014. Sri Lanka has plenty of advantages in terms of ICT. We have some of the lowest tariffs for cellular calls and fixed broadband in the world, and are among the top five emerging Asian economies in terms of ICT readiness. But Sri Lanka still ranks low when it comes to ICT laws, intellectual property protection, an environment for innovation, education, and ICT infrastructure. Things have been getting better for ICT in Sri Lanka, but the sector is still not where it should be. Last year saw a concerted effort by the Ministry of Telecommunication and Digital Infrastructure to improve the state of ICT in the country. At least, we hope it was a concerted effort. There were certainly a lot of promises made by the government and it got the entire tech sector very excited for a while.

After nearly a year of waiting, we took a look at all the promises the government made and how far along they are at fulfilling them. We reached out to Minister Harin Fernando of the Ministry of Telecommunications and Digital Infrastructure to find out what the status was on the proposed projects, and when we could hope to see the progress that was promised. He responded to us with updates on each of these projects.

Sri Lanka has no easy system for accepting international payments online. This has been a sore point for online businesses and freelancers for quite some time. Early last year, Minister Harin Fernando stated that Stripe would be entering Sri Lanka, and could begin operations as early as April. The minister also announced via his Twitter account that Sri Lanka was on PayPal’s list of countries for 2017. But Stripe never did hit the Sri Lankan market in 2016, and there is still no indication of Stripe or PayPal making an entrance in 2017.

According to Minister Fernando, Stripe has been engaging with the ICTA, who have been facilitating the process of the company opening business in Sri Lanka. However, the Central Bank of Sri Lanka has to commit to Stripe entering the country, which it apparently hasn’t done yet. The ball currently appears to be in the CBSL’s court.

As for PayPal, the minister said that the payment processing company is implementing its services in Bangladesh and has committed to reviewing Sri Lanka in its 2017 rollout plans. 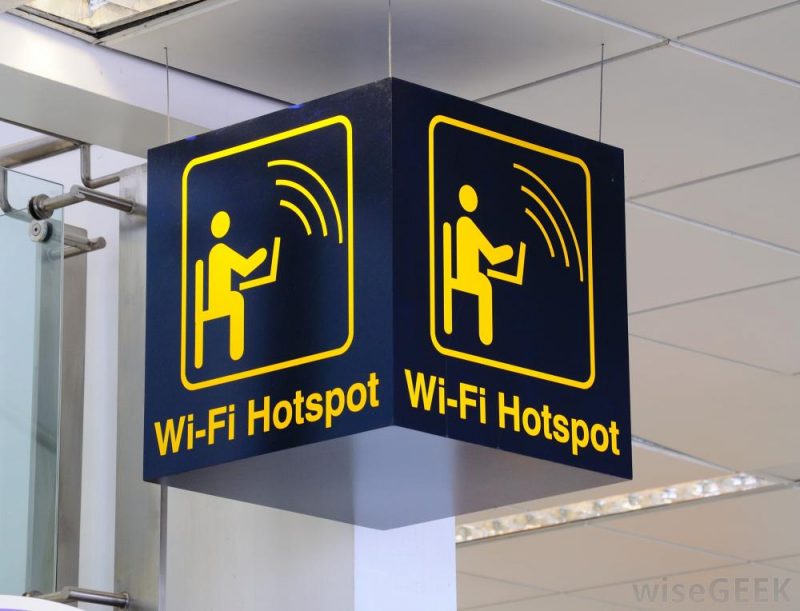 Free WiFi in public places was among the promises made. Image courtesy wisegeek.com

In 2015, the government promised free WiFi in public places around the island, and although this was launched in many places, the initiative hit some snags over the following year. For one, it was difficult to log in to the WiFi spots, and there were never enough to begin with. It appeared that the initiative was bound to fail.

The issue with the initial implementation of free WiFi, Fernando tells us, was that there was no common authentication platform. Users had to register with multiple operators in order to use the WiFi spots across the island. But now, operators have integrated a common authentication platform for users and there are over 500 free WiFi locations, according to the Minister. 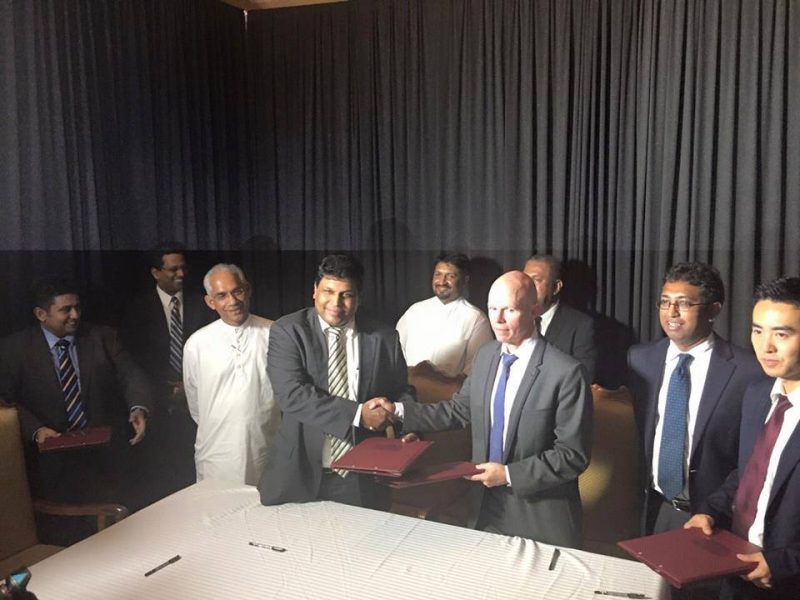 The Google Loon project promised to deliver high-speed internet across the island. The stratosphere-high balloons would act as airborne cell towers, greatly enhancing coverage of LTE signals across the country. Tests were carried out, but shortly after that, the project appeared to stall. Accusations were being tossed around that local frequencies were being given away to foreign companies.

The minister stated that tests for the Loon project have been carried out, but that the delay lay with the issuing of the spectrum for the project. The Telecommunications Regulatory Commission of Sri Lanka is concerned that the issuing of the spectrum would violate an agreement the government has with the International Telecommunication Union (ITU). The ITU has not approved the allocation of the 700MHz spectrum, because it may interfere with telco and TV signals.

On the February 16, Fernando told the press that the spectrum issue has been referred to the Attorney General, from whom the ministry is seeking advice.

As part of the 2017 budget, the government promised to provide free tablet computers to about 175,000 A/L class students, as well 28,000 teachers, as part of the ‘Smart Classroom’ project. The tabs would have the entire A/L syllabus on them. There was Rs. 5 billion allocated for this, which meant that the tablets had to be pretty low cost. We haven’t heard much about these tabs since then.

The minister informed us that as the first phase of the project, 150,000 tabs will be rolled out to A/L students. We weren’t given a specific time frame for the rollout.

The minister has explained that the implementation of technology and handling change is a subject that needs careful attention. He said that the ICTA has been successful in conceptualising and designing the core digital infrastructure, which is currently being put into place. He also said that ICTA recently implemented the electronic Document Attestation System (eDas) for the Ministry of Foreign Affairs. This system improves customer service at the ministry, bringing wait times down from hours and days to five or ten minutes.

The Household Transfer Management (HTM) card is a digital identification system that would work both as a national identity card, and a financial transaction system. As it is NFC enabled, it can be used to carry out financial transactions with a ‘tap’. The system would enable the government to save money on social welfare systems and integrate with many other digital platforms such as e-governance, education, and health. The HTM card was to be launched on January 1, 2017.

The minister told us that bids for the HTM were being reviewed by a Technical Committee, and the decisions for the award were to be completed soon. He said that, “In order to maintain good governance, it is important to ensure that the process of evaluation is given independence.”

The Current State Of Affairs

We’ve heard a lot of promises over the last few years, and for the majority of them, it’s taken some time to witness progress. The implementation dates given to the public have been optimistic to say the least. But that’s not to say there’s been no progress at all. The Sri Lankan government and institutional bureaucracies can be typically resistant to change, especially with things they are not familiar with. So, many of these projects, especially in the case of Google Loon and Stripe, have faced opposition from factors outside of the ministry’s control, and that slows progress.

Fernando reminds us that we are building an entire digital ecosystem and that it is important to build a culture that will facilitate the evolution of technology.

Perhaps it’s true that getting such ambitious plans going in Sri Lanka is a difficult process. But knowing this, it might have been better not to be so optimistic with timelines. Either way, Sri Lanka needs to get to the forefront of technology and digitisation quickly, and we welcome any progress made in that direction. We just wish it were faster.
Featured image: Google’s “Project Loon” balloon was tested in Sri Lanka. Image courtesy: The Guardian