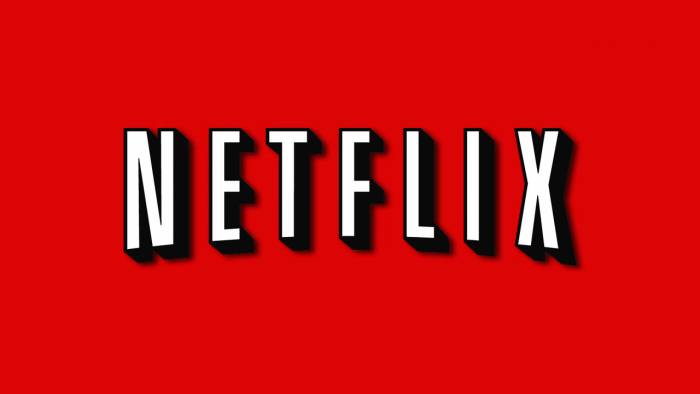 Netflix is finally here in Sri Lanka, and for those of you who have been living under a rock, it’s THE leading TV service/streaming platform around the world. And Sri Lanka isn’t the only country to get Netflix either, as the global launch included some 130 countries worldwide.

The launch was officially announced at the Consumer Electronics Show (CES) in Las Vegas yesterday (January 6), and Netflix Co-Founder Reed Hastings dubbed it as “the birth of a new global internet TV network.” That’s all fine and dandy, but what exactly does the launch imply, and what can we in Sri Lanka expect? First things first: 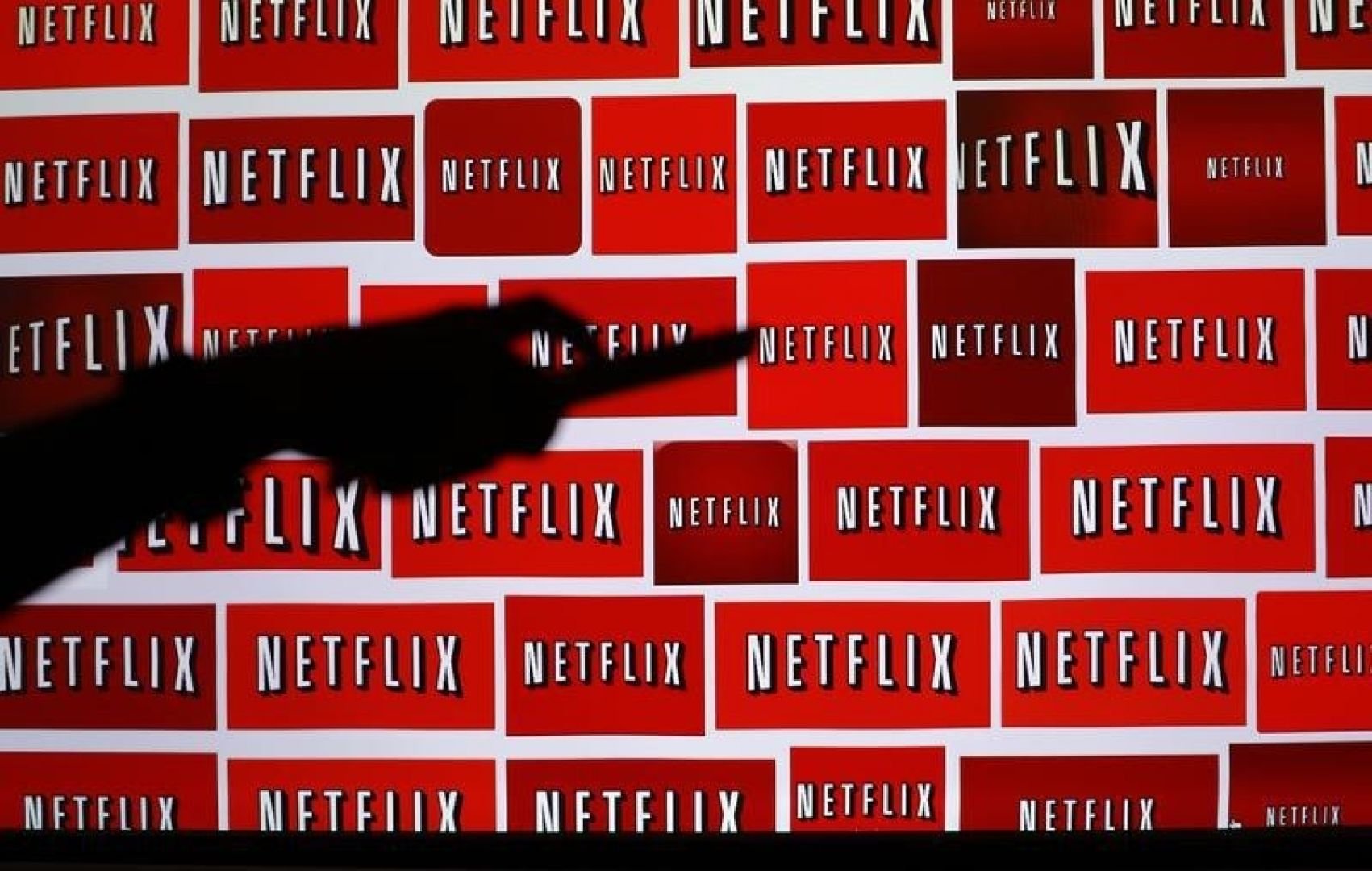 Netflix is a video streaming service, and if you’re still not sure what this means, think of Youtube, only with licensed, HD guaranteed video quality, plus a whole bunch of additional services, bells and whistles. They offer two types of services:

So far, Sri Lanka has had a reputation for having the lowest internet costs around the globe (touch wood), and has ranked among the top 50 countries with the highest internet speeds, although we do have our limitations in the form of bandwidth caps.

And as far as the silver lining is concerned, Netflix is good news for the TV junkies out there who’ve had to resort to downloading or streaming bad quality videos from shifty websites. Now all the TV you want is readily available (for the most part – we’ll go into that later) and you don’t have to spend time looking for torrents, or waiting for a download to complete before you dig in.

Turns out there’s a couple of them. Do note we only say ‘potential,’ because Netflix is not something that’s been tried and tested in Sri Lanka before – unless of course you’ve used a VPN, or used something like Hola unblocker to trick your browser into thinking you have a US IP. The same applies to pretty much all our neighbours in the region, so take these as a few pointers on what you need to keep in mind  if you’re considering signing up.

But with the rupee depreciating heavily against the dollar over the last two to three weeks, paying a Netflix monthly subscription fee might prove financially challenging to some. From what we’ve seen so far, the price spectrum for Netflix in India falls between INR 500 a month to INR 800 a month. For those of you doing the math in your heads, it’s LKR 1073 to LKR 1717. This is quite close to the US pricing model, where the range is between LKR 1147 and LKR 1722.

An important thing to note in this regard is how the price varies around the world. Here’s a visual translation of how Netflix’s revenue changed based on country, for the year of 2014. (Data from UBS) 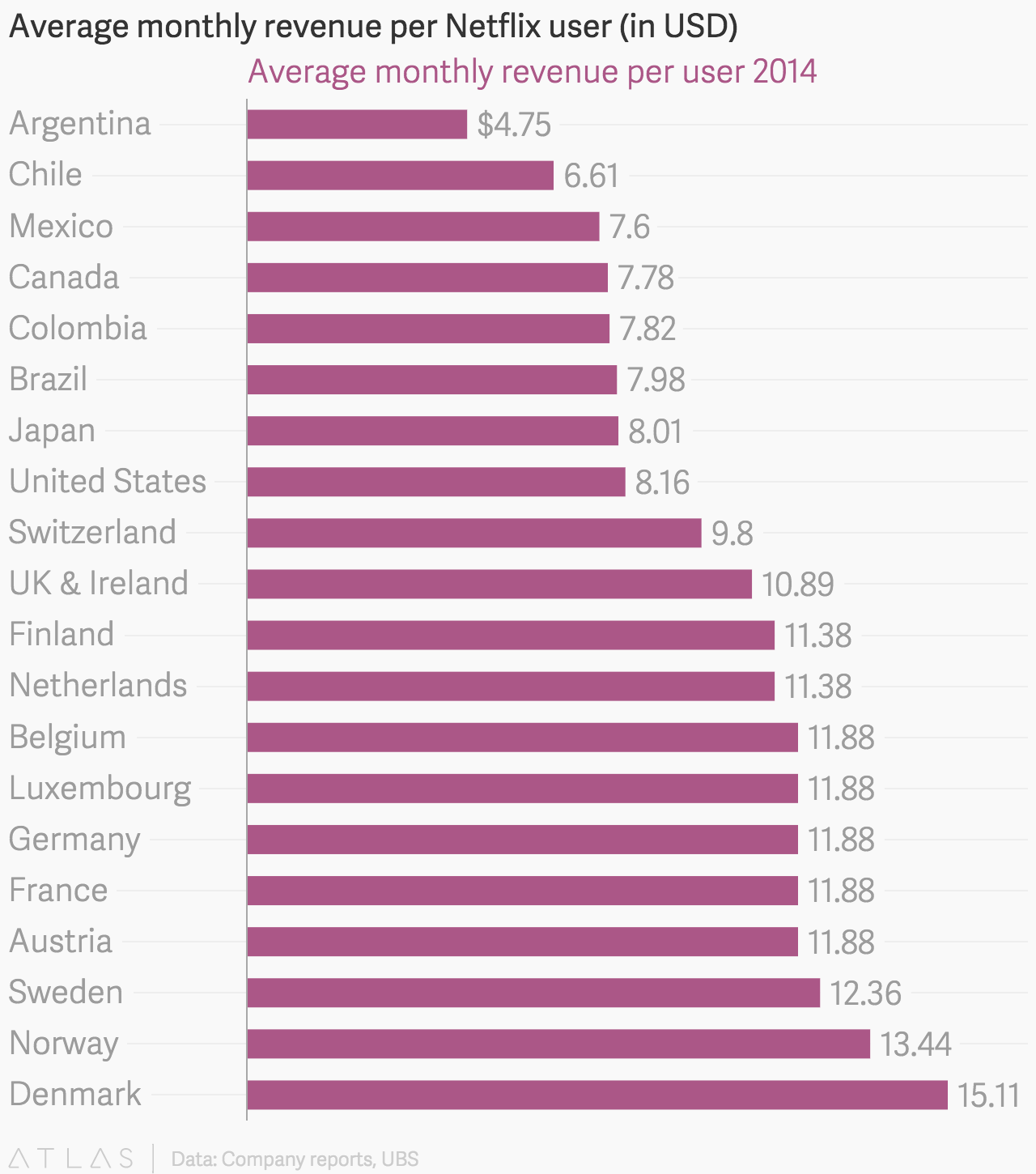 Also note that there’s a proprietary pricing algorithm at work here, calculating how much Netflix charges you based on where you live. Netflix has chosen to aggressively poach heavy torrent users by setting lower prices in territories with high levels of illegal downloads. This means that all you Sri Lankan pirates out there may have inadvertently been of service. Either way, you still get your first month free.

2. The Bitrate/Speed of your connection

Test My Net indicates a 3.6 – 3.8 Mbps average download speed for Sri Lanka. This places the Netflix watchability between SD (Standard Definition) and HD (High Definition), presumably the same experience we get with Youtube. Do note in this case that the average speed is by no means a measure of what you will get from your ISP.

What we recommend is getting the free trial and then keeping an eye on the connection speed. Good ‘ol Ookla speed test is a cool tool that will help you monitor your bitrate. And if you have a slower connection to begin with, expect a drop in browsing speeds and speeds of other internet related services when Netflixing.

3. The Volume of GB consumed (Bandwidth) and the Fair Usage Policy (FUP) 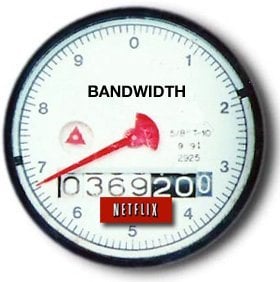 Netflix can eat up a lot of GBs, so it’s important to keep an eye on your data-cap, as well as how many shows/movies/hours you watch on it. As far as the data usage settings go, according to Netflix, Low uses 0.3 GB/Hour, Medium uses 0.7 GB/Hour, High uses up to 3 GB/Hour on High Definition and 7 GB/Hour on Ultra High Definition. Auto will adjust Netflix automatically to deliver the highest possible quality based on your current internet speed.

Not getting the tech-talk? Okay, suppose you binge watch the whole first season of Daredevil – that’s 13 episodes running around 50 minutes each – it will set you back by 10 GB if you use Standard Definition quality. And if there are other people at home who use the service, not only would you end up paying additional subscription fees for multiple devices, but you might also end up having to pay additional fees to your ISP for blowing your data cap.

The numbers get somewhat cringe-worthy if your bitrate/download speeds allow HD streaming. Take the above example with Daredevil and add HD to it: this will bring you down nearly 45-50 GB. We can safely assume that this is a lot, especially in Sri Lanka where despite the blazing speeds, the average internet usage cap hovers somewhere around 20 GB/month.

But yes, for those of you who have been patiently waiting and have the bandwidth to burn, now you can finally Netflix and chill. (Sorry, we just had to throw that in.)