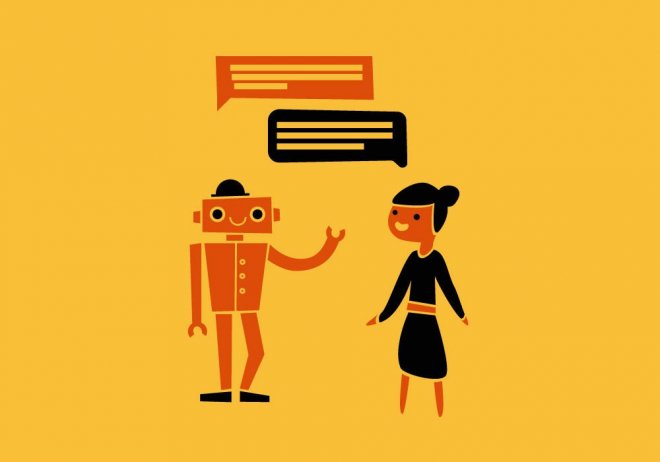 The Rise Of The Chatbot

The year 2017 was christened “the year of the chatbot”. And with good reason.

Simply put, a chatbot is “a computer program that simulates human conversation through voice commands or text chats or both”. Also known as a talkbot, chatterbot, Bot, IM bot, interactive agent, Artificial Conversational Entity or Conversational AI Platforms (CAP), early incarnations would function within a set parameter of guidelines, constraining what it can, and what it cannot say. As technology advances, however, more chatbots are operating via machine learning.

Essentially, this means that if a chatbot does not recognise a user’s question, it will look for information that might be relevant and useful for the user without having to be asked. As this technology proliferates, headlines are reporting that “chatbots will change the way consumers interact with brands forever”.

“The days of searching through pages of content or navigating around static websites to find what you want will soon be superseded by voice activated devices. We are seeing the adoption of devices such as Amazon’s Echo and Google Home. These, and other, voice recognition devices will turn the ‘search generation’ into the ‘ask generation’, where users expect to interact with their content in a natural and interactive manner.”

So, as artificial intelligence (AI) and machine learning (ML) tools are becoming more and more integral to businesses today, who is putting the Sri Lankan chatbot on the virtual world map?

In March 2017, Seylan Bank, introduced a chatbot that responds to customer queries—basic banking queries, in other words—via Facebook Messenger. Elsewhere, anyone can check the sensitively of their teeth by messaging “Hi Doc” to the Sensodyne Chatbot dentist. Leading the way in the B2B environment—that is building bots for other companies and organisations to harness—is CogCom. Sethurajah said:

“We launched the first CAP, Lusy, in October 2016 and [the second], Cody, in July 2017, which enhances our Cogcom.ai website. Cody is trained to provide any information about CogCom and users can understand and respond in English, Sinhala and Tamil, allowing all of the local population to interact with Cody and receive accurate information. We will soon be releasing the next iteration of Cody with Arabic and simplified Chinese.”

Globally, a host of high-profile controversies cannot be doing the chatbot industry any favours.

In March 2017, Microsoft’s AI chatbot for Twitter, Tay, was at the centre of a somewhat cynical scandal. “Tay is designed to engage and entertain people where they connect with each other online through casual and playful conversation,” Microsoft said. “The more you chat with Tay the smarter she gets.”

However, as is preempted by Godwin’s Law—that is, as an online discussion grows longer, the probability of a conversation about Hitler and Nazis increases—Tay started spewing out anti-semitic abuse and other hate speech. Twitter users proudly exclaimed how they turned Tay racist and it took less than 24 hours for the bot’s corruption to occur.

Later in July, Facebook cancelled a chatbot simulation programme after technicians discovered that the chatbots had created their own secret language—a language that the bots could understand but humans could not. Dystopian headlines fuelled the fire: ”Facebook AI creates its own language in creepy preview of our potential future”.

It is a pragmatic response to the fear the potential damage that AI-gone-rogue can cause.

This creates considerable challenges for companies such as Cogcom when launching products. Sethurajah continued:

“Many people [are] having common misconceptions about AI. Our first challenge is to educate and ‘bust the myths’. To help customers understand where AI can help their business and how they start their AI journey, we developed our Cognitive Solution Implementation Program (C-SIP). The C-SIP takes iterative steps to AI with an investment that scales in line with an organisation’s understanding and confidence in its AI solution.”

Do The Positives Outweigh The Negatives?

Controversies aside, Facebook, Google et al are testing and using chatbots because when they perform to spec, they can great add value to a business. In short, Chatbots can outperform humans in terms of output.

The main benefits are in online customer service where constant availability is a strong selling point. A chatbot functions 24 hours a day, 365 days a year. Given Sri Lanka’s penchant for mercantile holidays, this can add far greater breadth of service hours compared to human counterparts.

Additionally, a chatbot’s response time is faster than even the best manned live chat service. Statistics show that users leave the website if they receive no response in 30 seconds, so a chatbot’s ability to respond pretty much instantly is a serious boon. Similarly, a chatbot can answer an infinite amount of different chats, simultaneously.

Chatbots make financial sense on two accounts. First, if customers are better served, they are more likely to spend and return. Second, the organisation saves money by not hiring a traditional (i.e. human) customer service team.

To unleash this potential, Sethurajah at Cogcom told Roar Tech that “leading research and analyst firms have predicted that within five years, global AI spending will reach $47 billion, and Gartner anticipates that by 2020, 40% of users will be primarily interacting with new applications that support conversations with AI.”

Chatbots have not passed the Turing Test, yet. Courtesy Jeff Bullas

Chatbots in 2018 and beyond

Chatbots are still some way off from passing the Turing Test, so scaremongering around a Bladerunner-esque future may be unfounded just yet. The susceptibility of Microsoft’s Tay to human corruption and the advanced ability of Facebook’s chatbots to develop language beyond human understanding is genuinely concerning. Developers will not be deterred, however, especially with staggering success stories like Xiaomi in China.

The fact of the matter is, messenger platforms are currently more popular than traditional social media platforms for everyday users to communicate with. Businesses and products, therefore, need to develop ways to communicate with their customers on their prefered platform. As long as people continue to use messenger services more than social media, the rise of the chatbot will continue.