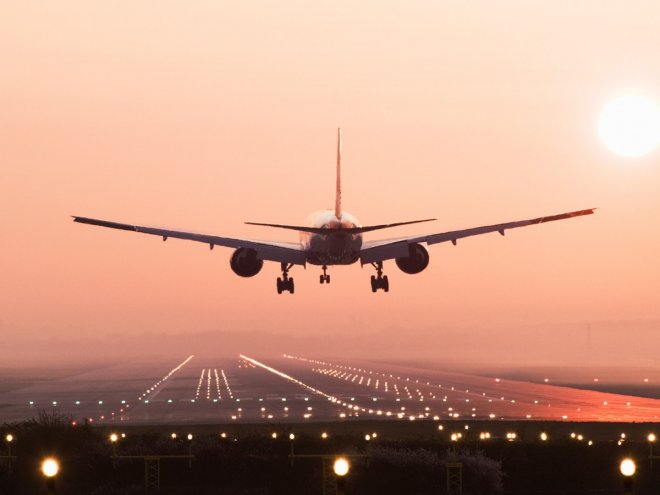 Travel and ticketing agents have traditionally been the go-to source when purchasing airline tickets. Tickets are expensive, and the whole process of cross-border travel is complicated enough to make you want the added security of being able to turn to someone in case of complications. In such an environment, it was hard to get people comfortable with making ticket purchases online, which is what Findmyfare had to deal with when they began operations in 2012.

Findmyfare is the brainchild of Abishek Sithampalam and Thushan Shanmugarajah. An online travel company, Findmyfare lets you search, compare, and book flights from a variety of airlines straight from their website. The premise behind Findmyfare is ease of use. There is no need to visit a brick and mortar office—all one has to do is open up the website to compare fares, find deals, and buy airline tickets. But, taking on traditional brick and mortar businesses like travel agencies was not the easiest thing to do.

When Abishek and Thushan were in University in England in 2008, e-commerce was just starting to gain popularity. They assumed this trend would reach Sri Lanka as well, and when Abishek returned to the island in 2009, he set about looking for a business model that would work well online. But at the time, delivery mechanisms were not as well-rounded—motorbikes, for example, were not used as extensively for delivery as they are now. So he hunted, instead, for a product that could be delivered through email. There were two options he came up with: one was insurance policies and the other was airline tickets.

At the time, SriLankan airlines had launched their own online bookings service which was seeing some traction. Abishek found out that travel agents alone were doing about LKR 45 billion worth of business a year with the airlines, so the market itself was big enough. He figured that if they could capture 10 percent of that business in a period of five years, then the company would be successful.

Findmyfare was incorporated in 2010 with Abishek and a few of his friends as the first employees, but it took almost two years to get off the ground. First, they had to get licenced to work as a ticketing agent. The International Air Transport Association (IATA) required them to do business for at least two years under another agent before they could function independently. It also took two years working with a software company to develop their product. That, along with registering the company and getting all the legalities in order, took quite a while.

Even setting up a Internet Payment Gateway so they could accept payments online required that the company place a significantly large deposit with a bank. Banks then were wary of fraud and made it complicated to get an IPG.

The initial expectation was that once the site went live, ticket sales, at least to some extent, would begin. But for the first six months, Abishek tells us, no one made any purchases through the site. Even after trying out different marketing strategies and advertising on Facebook, visitors would check prices online, but no one would actually purchase tickets.

The company decided that it must be an issue of credibility. Users were apprehensive about using their credit cards on a site they didn’t trust yet. So the company took a different track: they approached a large bank in Sri Lanka to partner with for a promotion. The bank, however, had only worked with large companies and never really with a startup before. But they did agree to give it a try and set up a deal where their credit card owners would get special discounts when buying tickets through Findmyfare.

It marked a turning point for the company. The bank sent out SMSs to its users, published marketing material, and promoted the credit card offer and customers started rolling in. The campaign lasted three months and from then on, there was no turning back. The company started growing.

One of the biggest hurdles Findmyfare had to navigate was funding. The initial seed money to set up the company came from co-founder Thushan, but otherwise, Findmyfare ran on a minimal budget. Even when it came to running the credit card campaign in partnership with a bank, they did not have the money to fund the discounts offered. Instead, the bank extended them a line of credit, treating the company like an SME instead of a startup. It was through that line of credit and the successful credit card campaign that the business was able to run for the next year.

In 2013, Thushan left his job in England and joined his cofounder in running the company. Abishek and Thushan spent the next two years speaking to investors and by 2015 they raised their series A round from Ceylon Guardian. Using that funding, they expanded infrastructure and started building their business further, launching apps for iOS and Android platforms. Now, according to Abishek, they hold about 7% market share among all IATA accredited agents in the country. They are also among the top three outbound travel agents in the country.

Abishek stated that it was difficult getting market share away from traditional brick and mortar businesses. They’ve had years, he said, to build a strong customer base. But Findmyfare has its own set of loyal customers—those who bought their first tickets through the service and have since then stuck to the company.

To alleviate some of the nervousness associated with buying tickets online, the company has a 24/7 call centre that customers can contact in case of travel emergencies. Findmyfare also has two physical stores where customers can go to make payments or collect tickets if they wish.

It’s partly this differentiation and variety of options that draws customers to the booking site. When Findmyfare started, online ticket sites only allowed instant purchasing of tickets. Abishek tells us that they introduced an option where customers can “hold” their seats without paying for it at once. They then have a grace period in which they can make their payment. They also have various payment methods, one of which includes bank deposits. About 20% of payments are made through deposits, which speaks volumes about how Sri Lankans view online payments.

A Question Of Timing

Abishek credits a lot of their success to good timing. Of the two turning points of the company, he says, the first was when they partnered with a bank for a credit card promotion. At the time, banks were aggressively marketing their credit cards, and had the funds available to take risks and try new things.

The second turning point came with their raising of funding. The company had grown as far as it could, and with the series A round was able to expand their operations, improve features, and launch mobile apps.

Launching a successful business has a lot to do with timing, Abishek stresses. He cites the examples of Airbnb and Uber becoming successful because they were launched at the heights of the recession, when people who were looking to make extra money quickly adopted the service.

Building Findmyfare has left its founders with a certain insight into what entrepreneurs need to do, to build a successful business.

Choosing the right investors was very important to Abishek. He tells us that companies fail when founders just chase money and bring on the wrong investors. Founders are also too willing to give away equity too quickly. This signals to investors that these founders are not in for the long haul. Giving away half the company for a few million is a sign that someone is just ‘in for a quick buck’. Findmyfare is still largely owned by its founders.

For Abishek, building a company depends a lot on choosing the right people. He likens the process to playing street cricket. When you choose your team, he says, you try to get the best bowlers and the best batsmen. It’s the same way with a startup. You need the right team, and the right people in place to do the work.

He also encourages other founders to “play in their own street.” Trying to build a company around a business they don’t understand or in a market they are not familiar with, is a recipe for disaster.

Findmyfare hasn’t reached its peak yet, but it’s survived a difficult market and it has continued to grow over the years as Sri Lanka becomes more comfortable with businesses functioning online. A visit to their offices shows a team that is young, hungry, and not yet tired of swimming against the current. The company is finding its own way, and is showing no signs of slowing down yet.