We first met Amrit Rupasinghe when he was working on Buzzbird, a location-centric social sharing application that allows users to see and to share events happening around them. The application lets you know of things that are happening within a selected radius around you, whether it’s planned events or just spontaneous posts by other users on anything interesting they come across. The concept was a novel one, though it didn’t quite catch on the way it was supposed to. Amrit Rupasinghe, the man behind Gradchat

But out of one company came the idea for another—sort of like a phoenix (a buzzphoenix?) rising from the ashes.

Acting on this, the team built an MVP, called it Gradchat, and took it to the US to see if tertiary institutions would pay for it. It turned out that there were a lot of things wrong with campus communication everywhere, and that their new product may hold the answer.

The Art Of The Pivot

The ‘pivot’ is a Silicon Valley rite of passage. It’s when a company turns sharply away from its original product, or at least a large percentage of its original concept, and heads in a different direction altogether.

For Amrit, a pivot needs to be determined by data and by user-feedback. He says that one needs to build a product to solve a problem, but sometimes the solution you create is not the entire one. In the end, it is the users who can let you know whether your creation does the job or not. If it doesn’t, you need to fine-tune it, which is what they did.

Gradchat is an internal communications tool for universities.

What Gradchat is, is an internal communications tool for tertiary institutions designed to streamline official communications between the administration, students, and alumni. It’s a private campus network that gives users quick access to information, people, discussions, events, and jobs within the campus community.

According to Amrit, what differentiates Gradchat from other social media and chat apps is the fact that it is an official form of communication moderated by the institution, and one that gives students access to all campus offices. Students, he says, can message the college library through Gradchat to check if a book is available. They can even message the Health Centre for advice on health-related issues.

Email, he states, is useful enough for external communication, but there are more efficient ways to communicate within an organisation or a campus. Slack, the messaging platform used by many businesses worldwide, has reduced internal email by 48.6%, and Pew Research surveys show that 42% of smartphone owners between ages 18 to 29 use more general messaging apps like WhatsApp or Kik to communicate.

Most members of the Gradchat team do not have corporate email addresses. The potential for growth in Edtech is huge. Image: The Domed Reading Room in the State Library of Victoria.

Usually, startups will focus on the business, entertainment, or social sides of the tech industry, because that’s where the investment dollars are. But Amrit points out that Edtech may be the most profitable sector yet.

He believes that many companies in Edtech are just working on marginally better learning management systems, but that the most scalable businesses are not built around solving massively obvious problems, but rather massively neglected ones.

What Gradchat has found is a niche in which it can fit and solve problems. And finding a niche is essential to a startup’s success. Amrit quotes Peter Thiel, who suggests that if you are going to build a long-lasting business, you aim to build a monopoly right from the start. Gradchat has ten full-time team members, as well as contractors who work on a project basis, and a group of advisors who help them on the technical and strategy sides of things. The company is also part of a non-profit startup community in Sydney called Fishburners, which is sponsored by Google, Amazon, Dropbox and many other big tech names. Through Fishburners, they get access to Google engineers, Amazon’s architects, growth hackers, lawyers and the wider network of Fishburners alumni.

It wasn’t easy finding people to work at a startup, however. There’s a lot more risk involved than at a regular job. Amrit feels that the early hires are extremely important to the success of a company. He mentions how the co-founder of Airbnb used to ask early employees this interview question—“if you had one year to live, would you spend it working at Airbnb?”

The extreme nature of this kind of question becomes understandable when you consider that the team of an early-stage startup spends a lot of time together: compatibility is important. Amrit even says that finding a co-founder is like finding a spouse. You need to complement each other’s skills and temperament, because the startup journey is a long, arduous one. You spend ten to fifteen hours a day with them, so it might be even harder than a husband-wife dynamic. 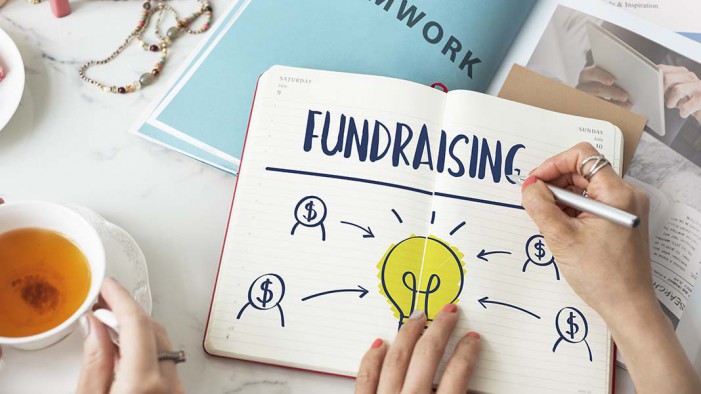 Raising money is always the hardest part for a young startup pitching an unproven business model. But Gradchat was lucky to find investors who backed them through difficult periods. Amrit says that the earliest investors invest in the team, rather than in the product. The way you pitch your company and yourself is how you get investors to have faith in you.

Right now, Gradchat is working quite actively with Crowd Island to raise their seed round, and quite emphatically recommends them as a fundraising resource for young startups. They are also in the middle of finalising an agreement with an institution that, if successful, would mean their largest sale to date, and significantly scale operations.

Buzzbird was launched in Sri Lanka, but Gradchat is being launched to a Western market.

We asked Amrit if it was more difficult launching a startup in Sri Lanka. He said that it is difficult to launch a startup anywhere. While launching in a nascent startup ecosystem has its challenges, working in Sri Lanka has its advantages too. Getting an MVP for a tech product up and running in a developed market can cost anywhere from USD 50,000-100,000, whereas in Sri Lanka it would cost around USD 5,000-10,000. But Gradchat is being launched in the US due to the pure size of the Edtech landscape outside of Sri Lanka. It wouldn’t have been possible to generate sufficient return on investment depending solely on the number of private institutions in Sri Lanka.

Managing cash flow in a startup is vital, he says. One of the primary reasons startups fail is the inability to raise adequate capital. In the early stages of Gradchat’s seed round, he failed to plan a buffer period between rounds of fundraising. That led to a stage where he had Rs. 30,000 in the company bank account with a Rs. 600,000 salary billing to pay in a week’s time. Increasing a company’s headcount when the path isn’t clear can be very stressful, Amrit says, since you can’t really defer salary payments. Letting people know about financial difficulties can cause mass panic and make people leave for other jobs. That would have been disastrous, especially since they were 80% through building the product and had already pre-sold to customers. Luckily enough for Gradchat, a grant they had won came through a few days before the deadline for salaries, and with a small injection of personal funds, they pulled through. The following month, they got their first investor for the seed round.

Gradchat is aiming at improving communication and networking for universities, an area which Amrit considers to be in need of significant change. Over 80% of all jobs are filled via networking, which is a primary reason for alumni networks to exist, says Amrit. Gradchat also enables alumni who have a passionate affinity with their alma mater to stay connected, and leverages these connections into donations and fundraising, which will be helpful to the university.

It’s no easy thing, changing the way a university functions, but they’re taking it step by step. As a university-wide product sale has long sales cycles, Gradchat is going for a siloed approach. They are pitching Business Schools, Law Schools and Design Schools individually, with the idea that if two or three interdisciplinary schools within the university uses and loves the product, then it can be rolled out across the board.

Gradchat launched an early version of their service about three months back to get live user feedback and fine-tune their product. They plan to launch a version of their product early July to a few Australian and US institutions. The journey and the challenges that Amrit and Gradchat have gone through, from concept to launch, hold lessons for any prospective founder or early-stage startup. The startup journey is not an easy one, but at least it’s not a boring one.