2015 was an eventful year for the startup sphere in Sri Lanka. Companies were established, names were made, some made it big and others closed shop and moved on. But if you look on the bright side or the bigger picture, it’s hard to miss the progress that has taken place, that too in leaps and bounds. So here at Roar we thought we’d compile a list of some of the names that really stood out among the crowd.

We included startups that have shown exponential growth/initiative in the last year, and some have been around from earlier than 2015. Do note that the names were picked mainly based on how creative/innovative we felt they were. 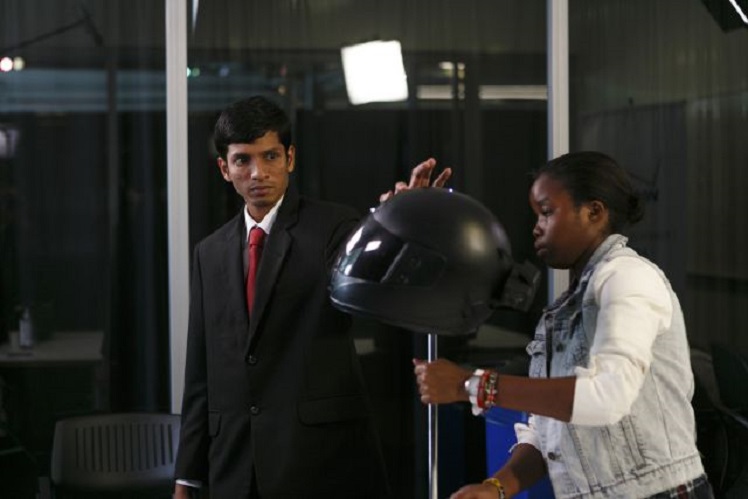 Having contended in an international competition vying for a million dollar top prize, software engineer Ganindu Nanayakkara’s innovation, iHelmet, emerged winning the $500,000 first-runner up prize in the transportation category.

Essentially an intelligent helmet bolt-on that works with an array of sensors, iHelmet links to the user’s phone via bluetooth, to provide a set of futuristic yet pragmatic information and features, such as blind spot assist, high-speed alerts, an emergency SOS signal, and even air quality information.

The helmet + add-on device with the mobile app will be available for $115, whereas the standalone-device that you can retro-fit to your helmet and the app will set you back $75. Click here to check it out.

Vesess is a firm that’s been around for a while, eleven years to be exact. Their most recent venture goes by the name of Vgo, a cloud based platform for taxi and logistics companies. In a period where the transportation service sector is dominated by platforms to the likes of Uber and (locally) PickMe, Vgo could very well be the last fighting chance for fleet-based traditional taxi companies to take their services to the modern consumers.

Collaborating with a group of investors led by Just In Time Group, an information and communications tech-firm based in Sri Lanka, Vesess jointly invested $1 million to launch Vgo. Vgo features sought after features such as online dispatch, driver and user interfaces, fleet and staff management systems, and booking apps.

Vesess also has an impressive track record. Hiveage, an online invoicing and billing service that was built by them is already in use in some 140 countries and more than 45,000 companies.

Founded by Dilendra Wimalasekere and Rukmankan Sivaloganathan, Trekurious has become something of a one-stop solution for highly curated experiential tours, activities and events. And all of this with reputed experts such as historians, architects and authors.

Having been around for a while, they first made waves with their initial seed round of funding back in 2012. Trekurious raised some $31k at the initial round, with Blue Ocean Ventures and Rajan Anandan coming on board. 2013 saw them raise $92k with the same investors, and they raised a whopping $323k in 2014 with Santosh Shetty, Subodh Panangatt and Abhihit Sipani. [source angel.co]

Trekurious has big plans of expanding. After focusing solely on Sri Lanka and Mumbai in 2015, they have their sights set on locations such as Delhi, Dubai and Singapore this year. With their unique and curated approach to providing experiences, it’s hard to see why it wouldn’t work.

But contrary to the above, word on the grapevine is that Trekurious is shutting down operations in Colombo following a major scale buy-out. We haven’t been able to verify this yet. Featuring between 50,000-100,000 downloads on Google Play alone (iOS App Store numbers unavailable), PickMe is most certainly doing the proverbial rounds in Sri Lanka. And they have hit the sweet spot as far as valuations are concerned, as February 2015 saw PickMe valued at Rs.133 million, and come September it had escalated to a whopping Rs. 750 million. The second round of funding saw them raise Rs. 150 million.

Despite the good, there have also been complaints on everything ranging from the interactiveness of the app, to its UI, to customer service on both PickMe’s end as well its drivers’. But it does help to keep in mind that this is a startup that’s barely a year old, and with that, here’s to hoping PickMe manages to iron out its minor kinks and whatnot in 2016.

Another company that started out way back in 2012, Takas seems to have become something of a go-to name when it comes to buying any electronic goods online in Sri Lanka. 2015 saw them being selected as Sri Lanka’s best startup based on SR(Search Ranking) score.

For an operation of such gargantuan scale that is also a startup, there’s bound to be the occasional glitch, or two, or five. And just as in the case with PickMe, it will help to keep in mind that Takas is a local startup that is slowly but steadily finding its way to the top. And they have decent products AND decent rates, accessible from the comfort of your room.

Takas raised Rs. 80 million in 2015. Again, word on the grapevine has it that they are aiming much higher in 2016, as high as 3 million dollars. There’s no concrete facts to back this however. 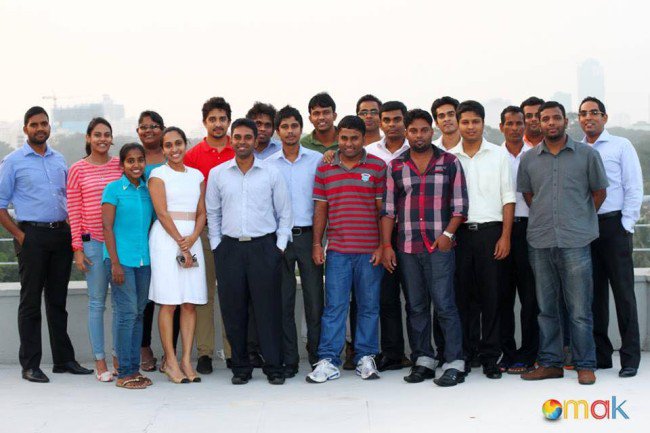 As far as Sri Lankan startups go, OMAK has been around since 2010, and they have a lot to show for those five short years.

What OMAK does is provide a platform for restaurants and service providers to optimise their businesses. With Vdine, an integrated suite of solutions for managing restaurant operations and ReztGuru, the front-end featuring effortless reservation management, OMAK has quite the list of clientele in both local and international markets.

The biggest thing from OMAK this past year was the international partnership they made with Mount Scopus Group, Indonesia. With a phased roll-out in place right now, they are well on the way to establishing themselves as a Point-Of-Sale based brand-name on this side of the world.

Startups aside, we felt the list would be a tad incomplete sans an event that made a blip on our radar last year. there were events to the likes of SPIKE, Refresh Colombo and ReadMe Talks that have been actively contributing to the startup scene, but considering organisation, effort, and the overall end-result, Disrupt 2.0 which happened on the 9th of December takes the cake for being a startup in itself catering to startups and entrepreneurs.

Organised by Startup Sri Lanka, an initiative of SLASSCOM, not only did Disrupt 2.0 host keynote speeches from industry leaders, but it also included a small-group based mentoring session that ensured distribution of knowledge and a valuable networking opportunity for all participants. And an interesting ice-breaker (unintentional, we hope) in the form of a beer table that was right next to a glass door. Yes, the resulting ‘ding’s as people kept walking into this ensued plenty of conversation (and we do hope no one was hurt).

On that lighter note, here’s to another eventful year in the ever-evolving startup sphere of Sri Lanka. While we hope for bigger and better things from this ecosystem in 2016, we are more than happy for what 2015 had in store.

If you happen to know of any cool startups, do let us know!